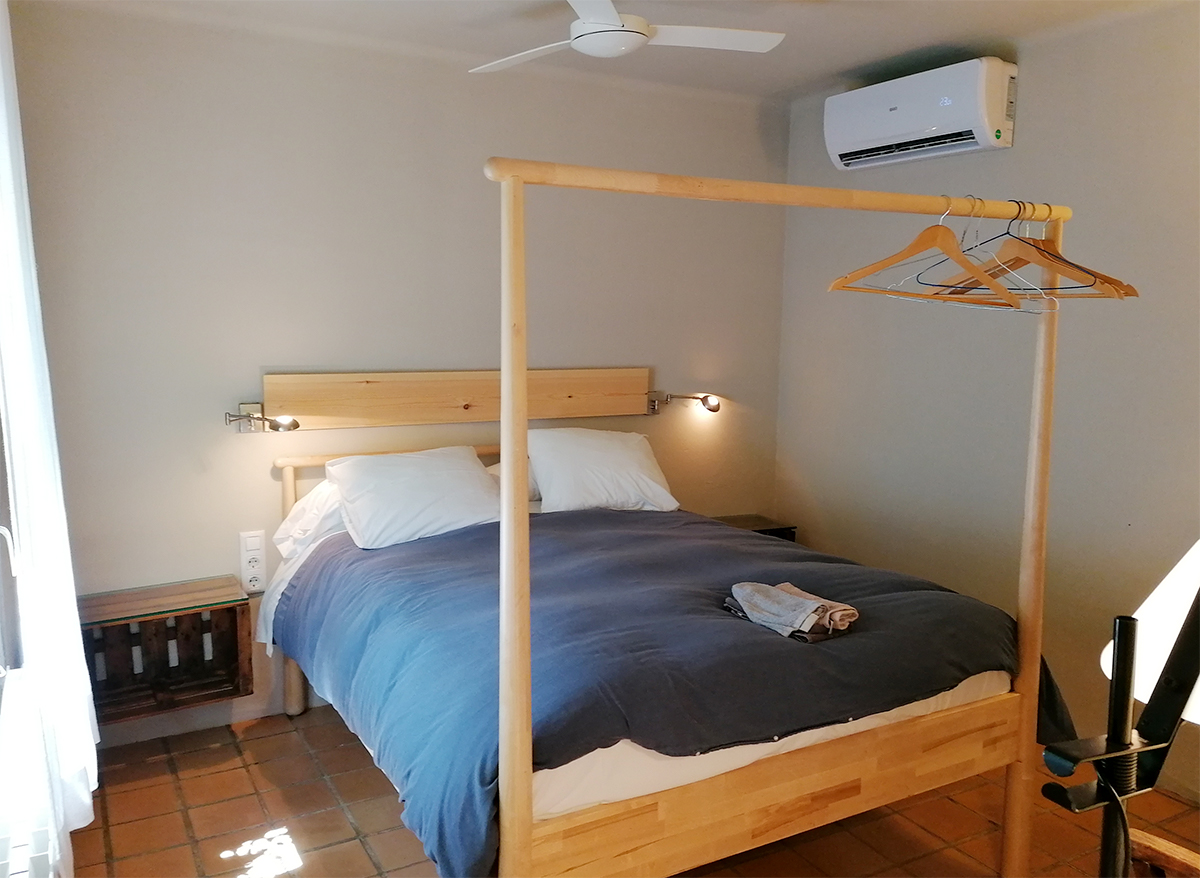 F orest.  This room is located over the entrance, which in old times, the carts entered. The bathroom that has a certain flavour of the sixties, when this part of the house stopped being the hen house and was transformed into rooms. It faces south and has plenty of sun. 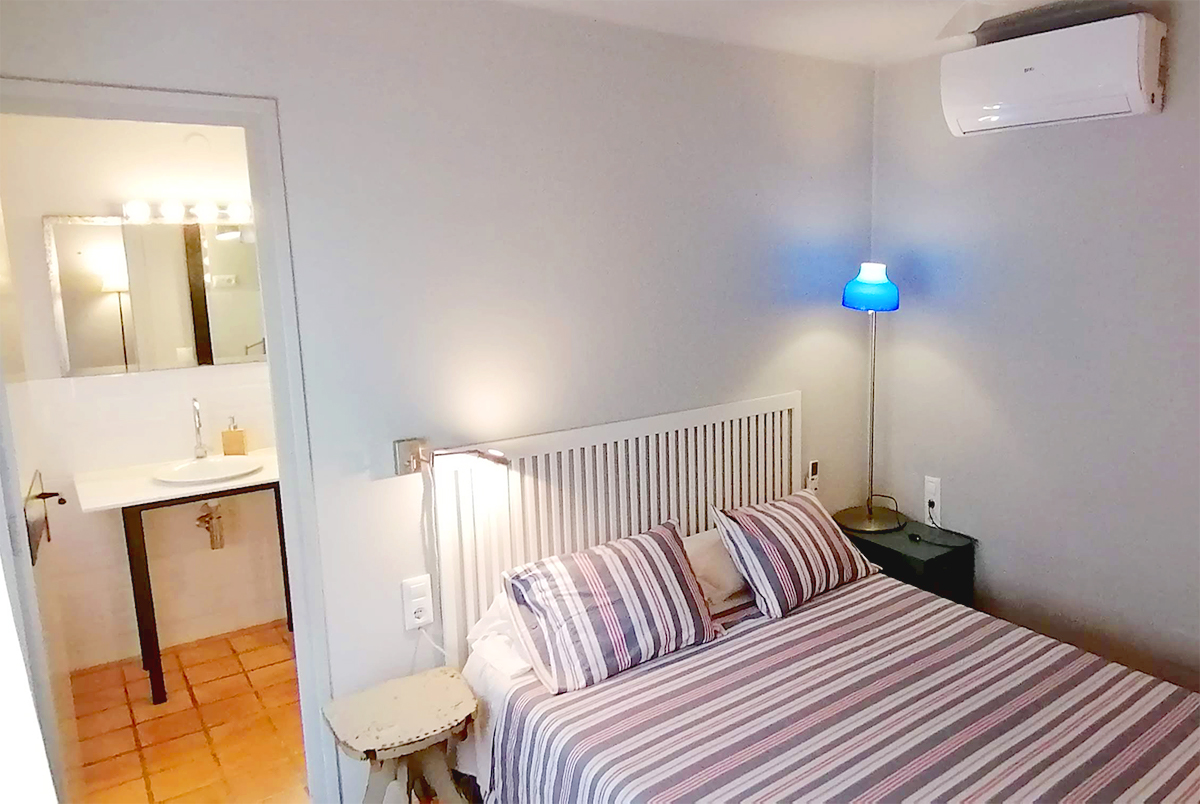 S ea. Together with the Forest room, this was the old hen house. In the sixties, it became part of the house in the form of two rooms. Now we have transformed them into a single one; as a result, we get the smallest bedroom but the biggest and brightest bathroom.

F ire. Is part of the original house; the door opens to the north part of the terrace. The original stone walls of the hose invite you to go back to the pass, when time had another meaning. 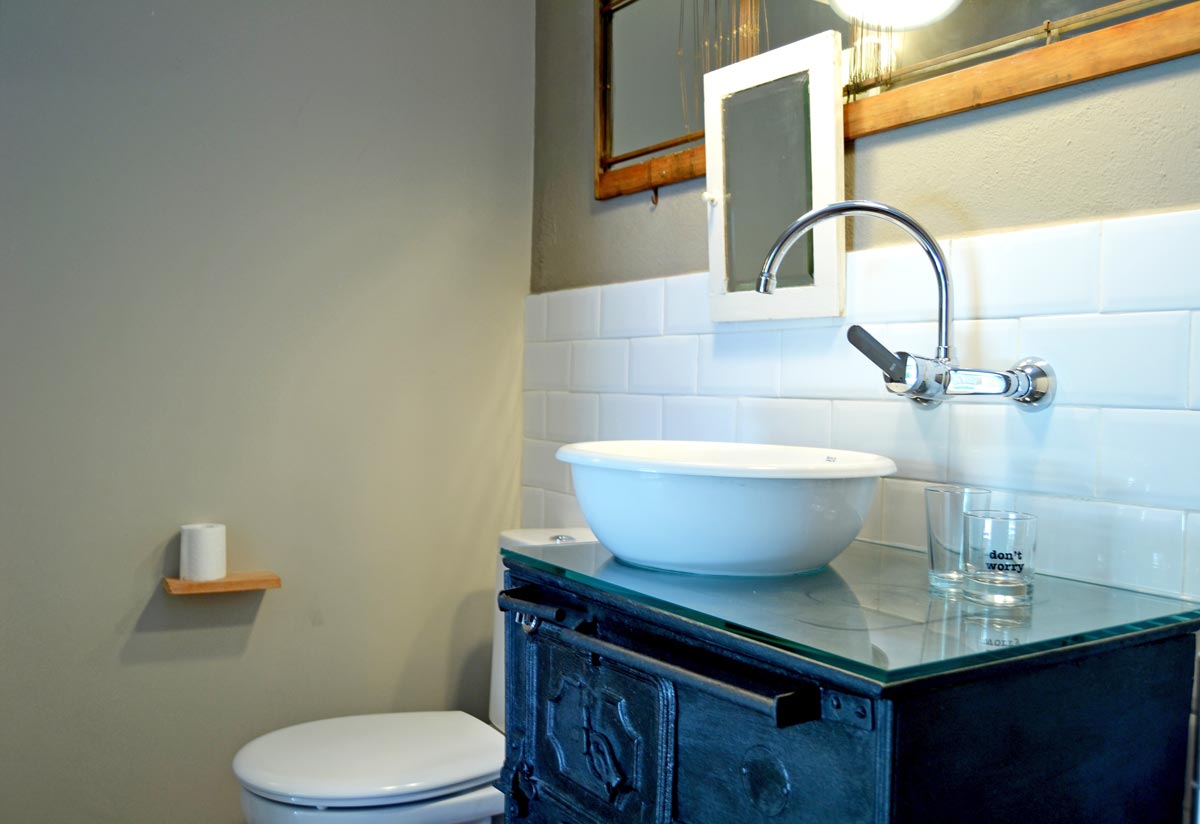 E erth. It has two separated spaces (and the bathroom). One is the main bedroom, and the other can be used as a sitting room or a second bedroom. The big sliding glass doors open to the courtyard and almost make this sitting room a part of it.